If so, there’s good news during Hispanic Heritage month!  No matter where you live, you can use your computer, tablet or smart phone to join Senior Planet’s two different weekly Spanish-speaking opportunities.

Want to polish up your rusty Spanish?  Strengthen your conversational skills? The Spanish Club, which meets every Wednesday from 4:30 to 5:30 pm, is just the ticket. 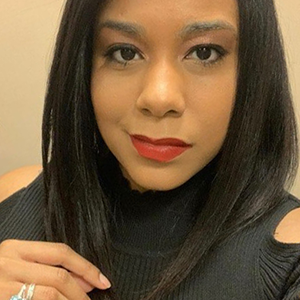 Facilitator Michelle Sanchez (at left) helps attendees hone their Spanish.  She uses a combination of encouragement and gentle correction (when needed).  As an additional skill-building boost, participants have the opportunity to write two to four paragraphs in Spanish to read to fellow participants.

“The weekly Spanish Club made the difference.”

Margaret Cole is an example.  “ I wrote about four paragraphs in Spanish at our last meeting!” she says. The Floridian is a regular in the Wednesday Zoom meetings for an important reason: for several years Cole has lived part-time in Mexico. “…but I haven’t been able to return for almost two years because of Covid,” Cole says, the regret unmistakable in her voice.

A friend told Cole about the weekly meeting. It has been a boon for her by helping her keep up her acquired language.  “Three months ago I would not have been able to write those paragraphs in Spanish,” she reports. “The weekly Spanish Club made the difference.”

By contrast the 2:30 – 3:45 pm Tuesday discussion group is for men and women who are fluent (or nearly fluent) in Spanish. Raquel Cepada, who hails from Equador and now lives Arlington, New Jersey, is surrounded by family, all of whom speak Spanish.

The question arises: Why does Cepada sign in to the Spanish-speaking discussion club every week?  “I welcome the opportunity converse with other people, not just family members” she explains.

Cepada says it was a lucky accident when she learned about Senior Planet’s discussion group on Telemundo, the Spanish language television station. She happened to switch on to a program that talked about the weekly gathering; she began attending immediately.

The best part? The varied topics.

Just about anything is open for discussion – but no politics or religion, please! – according to Michelle Sanchez, who also facilitates this group.  Topics range from describing interesting and/or strange dreams, to sharing information on favorite travel destinations or exchanging ideas on  Covid-19 – including the best ways to keep in touch with friends and family.

Of course, since the Spanish-speaking programs are Senior Planet sponsored events, attendees sometimes chat about how to use technology – tablets, smart phones and computers – and well as how to use popular apps. (Many attendees appreciate the helpful information boost.)

Interested? Check out Senior Planet’s events calendar on Tuesdays and Wednesdays for the link and/or call-in telephone number.

Not sure how to use Zoom? No problem: detailed, easy-to-follow instructions in Spanish or English are at the bottom of each event page.

If you’ve ever hoped to speak more Spanish, September 15 through to October 15 is Hispanic Heritage Month– and a perfect time to begin.