Fifty years ago, Don McLean penned one of the most iconic songs in rock’n’roll history, American Pie. 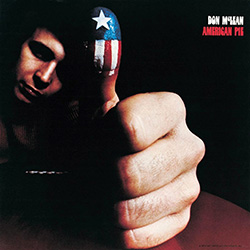 Inspired by the untimely death of Buddy Holly, (“the day the music died”), the song became a worldwide hit. Despite his many hits (Vincent, And I Love You So and Castles in the Air), American Pie has had a life of its own: Madonna and Garth Brooks have both covered it, McLean’s original recording features prominently in the hit Marvel film, Black Widow, and Tom Hanks sings the song in his latest Apple TV+ film, Finch.

To mark American Pie’s 50th anniversary, McLean will hit the road early 2022 for a U.S. concert tour. Twice-divorced, McLean, 76, has moved from his longtime base in Maine to California’s Palm Desert where he chats to Senior Planet:

Q: When did you decide to get back on the road again?

DON: I always wanted to be on the road but the pandemic stopped those plans. I miss traveling and singing for people.

DON: I stand there and I sing songs and occasionally I sit and sing songs. Then I get the audience to sing along too.  Before you know it, an hour and a half has flown by. I have a great band, which has been with me for many years, so we can rock’n’roll with the best of them.

Q: Is American Pie your most covered song?

DON: Actually no! Vincent and And I Love You So have been covered a lot more. I reckon the fact American Pie is an eight-and-a-half minute ballad puts some people off.

Q: How has your perception of American Pie changed in the 50 years since you first wrote it?

DON: It’s almost like I’m an observer about what happened. It has its own identity and personality,  almost like it’s alive. I just watch it and wonder what’s going to happen next! This year, we had an a cappella version by a group called Home Free that became the No. 1 video on Country Music for eight weeks 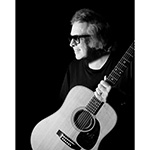 We’ve also re-recorded the song for a 50th anniversary documentary. We’re going to use the original version, of course, but then there’s a re-recording and it’s very good. I’m sitting here and its like I’m in a spaceship of some sort and stuff goes by my window. I can’t believe this stuff is happening but there’s a lot of energy behind the American Pie album at this point around the 50th anniversary.

Q: Are you working out in readiness for your tour?

DON: Oh, no, no, no. I don’t believe in home gyms or personal trainers or any of that stuff. If I don’t have the willpower to get myself together, I’m not going to ask for any help. I don’t like asking for help anyway. I don’t do that; I’m a very stoic, independent individual to a fault. I’m trying to lose weight, walking every day, drinking less alcohol–and I don’t smoke. It’s just a matter of getting into the rhythm of it and we’ll be good.

Q: What’s your secret to aging with attitude?

DON:  I try to avoid problems that I can see and just don’t want to know certain things. I know what’s going on in the world, but I don’t want to hear it, so I stay away from things that depress me that I can’t do anything about. I try and stay in the moment and I think everything is very funny. There’s a lot of humor today in the fact that there is no humor–people have taken all the humor out of life and you can’t say anything to anybody without offending someone.

DON: There’s no bucket list because I’m so busy, so the main thing is being able to stay healthy and to do my job.  If I can tour and sing and its comfortable, then I know I’m in great shape.