It’s June 2021, and this month we take a break from my usual Sex at Our Age Q&A column to celebrate Pride month with Jane Fleishman Ph.D., author of “The Stonewall Generation: LGBTQ Elders on Sex, Activism & Aging.” In this award-winning book, Dr. Fleishman interviews LGBTQ elders who narrate their life stories, their coming out stories, and the importance of the 1969 Stonewall Rebellion.

JP: Can you summarize what the Stonewall Rebellion was, and why it’s still important more than half a century later? 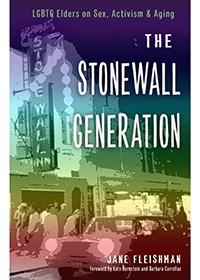 JF:  On the night of June 28, 1969, a very strange thing occurred during a regular police raid at The Stonewall Inn, a small tavern catering to gay people in Greenwich Village, New York City. After years of harassment and incarceration, gay men, lesbians, bisexual people, and more fought back. Drag queens and butch lesbians led the charge, proclaiming their identity, fighting for the right to socialize, to dance, to have sex. It was not just a riot in the streets. It was the beginning of a militant resistance after years of criminalization, stigma, cruelty, and hiding.

JP: Has the world changed for LGBTQ elders?

JF: Although LGBTQ people are more accepted into our mainstream culture than ever before, we still have segments of our LGBTQ elder population who are at-risk and without social support. These disparities have to do with race, economics, geography, abilities, families, and even the types of sex and relationships one chooses.

JP: You’ve been doing sex research on LGBTQ elders. What have you learned about their sexual satisfaction, and what are the factors that you studied?

JP: Did your research yield any surprises?

JF: What I didn’t expect was that gay men and lesbians were all just as interested in relationships as they were in sex. And the one predictor of sexual satisfaction? Relationship satisfaction linked to low internalized homophobia and high resilience. Not the picture you often see of sad, lonely, older adults, is it? The results give us hope for the future.

“Don’t assume. Be curious, be a good listener, and keep an open heart.”

JP: Are there any challenges that LGBTQ elders face that younger people don’t?

JF: Many older LGBTQ adults face challenges similar to those faced by younger LGBTQ individuals – harassment and discrimination, racism and poverty, escalations to violence – yet they also have the added difficulty of ageism. And ageism hits hard!

JP: What about the challenges of moving into a senior community or residential facility as an LGBTQ elder?

JF: For many older people who identify as lesbian, gay, bisexual, transgender, or queer (LGBTQ), the idea of coming out and moving to a senior living community in their 60s, 70s, or 80s can be quite daunting. Maybe they came out like I did a long time ago and are now feeling anxious or nervous about how their new community will react to them.

“With love, kindness, and humor, we can all find joy and pleasure in our later years.”

JP: Although some LGBTQ elders have been “out” for decades, others are coming out now as a sexual or gender minority in their 60s. What goes into that decision?

JF: As a sexuality educator, and as an older lesbian, I focus on older adults and I am primarily interested in our sexual pleasure, even as we face other obstacles. People often ask me, will I be accepted? Will people be open to the relationship I have with my same-sex partner? Can I be myself? Coming out for the first time in your later years, feeling like you’ve finally had the courage to be true to yourself, can be both liberating and frightening.

JP: What are some of the benefits of coming out in your later years?

JF: The possibilities for emergent joy are endless! Coming into our own at a later age sexually can mean a slowing down, a better understanding of receiving, and an added focus on sensuality that may have been absent in earlier years.

JP: Do you have advice for allies — those of us who want to show support for our LGBTQ elders?

JF: Don’t assume. Be curious, be a good listener, and keep an open heart.

JP: What would you like us to take away from this interview?

JF: Remember when we are out in the world as LGBTQ elders, we have the right to exist as sexual beings. Our legacy is part of the fight for sexual freedom. With love, kindness, and humor, we can all find joy and pleasure in our later years.

Find Jane Fleishman at https://www.janefleishman.com/. “The Stonewall Generation” won the prestigious Nautilus Award in the Social Change & Social Justice category. It is available in the U.S. and Canada from Unitarian Universalist Association. For international sales, email UUA.

Send Joan your questions by emailing sexpert@seniorplanet.org. All information is confidential. Joan can only answer questions that are chosen for publication from readers age 60+ 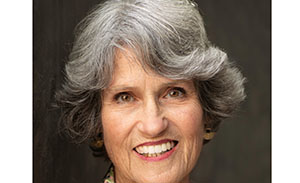 Joan Price is the author of several self-help books about senior sex including her newest, “Sex after Grief: Navigating Your Sexuality after Losing Your Beloved,” and the award-winning “Naked at Our Age: Talking Out Loud about Senior Sex.” Visit Joan’s website and blog and her Facebook page. For senior sex news and tips, subscribe to Joan’s free newsletter.